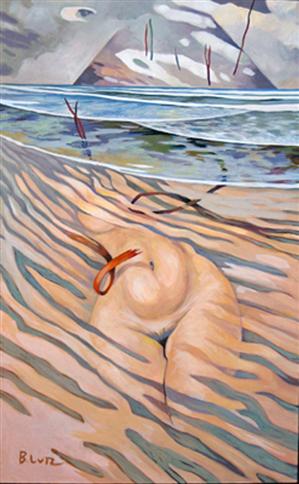 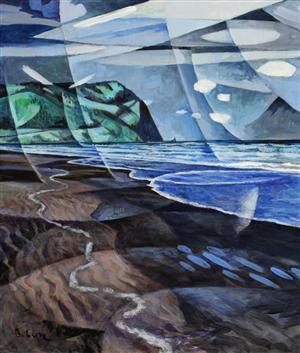 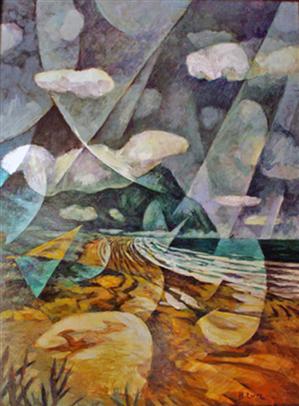 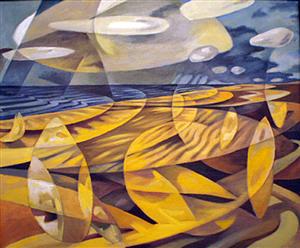 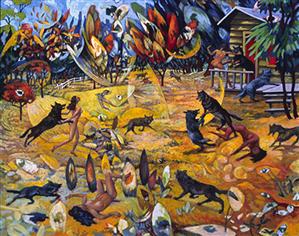 Wolf is at the door of Central Mountain
In giddy release of no holds barred
Man cuts loose on Mother Nature
Like Columbine in the school yard
Wolf, the base in all of us
but directed by the mind
mind says yes to self alone
and to hell with the sublime 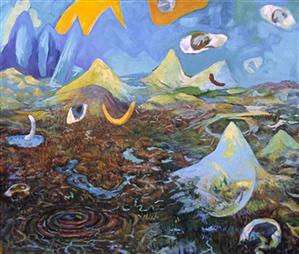 Having reemerged back into the field of opposites, the irrational landscape, now exposed, is stitched into the physical realm for all to see.  Both beast and deity (worms and eyes) now pervade the scene as if visible to the naked eye and illustrating their presence beyond appearances.  From now on, one cannot escape or deny that there is more going on in present tense than just the world spinning and us moving about on its surface. 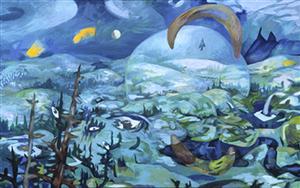 In 1872, the 9 year old Sioux boy Black Elk had a vision that he went to Central Mountain, a real place in South Dakota, where he saw the hoops of life (and which foretold of his Nation's demise).  But he also said that Central Mountain is in all of us.

The bush soul, Tree, resides on Central Mountain.  It is a spirit mountain where presence communes with physical space.  Beasts and deities emerge and make their presence known.

"I have been to Central Mountain and have seen the eye, the deity hover off of my right shoulder and a few feet above and beyond. It is like a roof window that connects inside to outside.  I ponder the field where I stand, reveling both in the present moment grasped and the diminished world of narrowing vision.  I see clover 7,000 feet up!  At least I think it is the clover flower I see.  I lean down to inspect the leaf beside the flower to be sure.  So close to the ground that I am taken slightly aback from the pungent aroma of the earth.  The first leaf upon which I fix my gaze has four petals, it is a four leaf clover.  And I think yes, the world speaks in rhyme.

Oh little flower I beg of you
to let this luck last me
a week or two
don't let this feeling decline
the mask of life is bittersweet
with so little time to savor it
how could I have been so blind.